The Things We Love to Hate About Trail Running

The Things We Love to Hate About Trail Running

Trail running is one of our favourite pastimes. It has to be right otherwise why would we continually get up and go out in all weathers, train for long miles, enter trail races, run ultra marathons and dedicate a large amount of our spare time to running this website? For us, trail running is a passion. It’s not just trail running, but running in general. As I write this I have just finished preparing my kit for the first short road race I have entered since April 2019. Mostly though, we run off road. We find the views better, the rewards greater and just enjoy it. That said, like everything, it’s not all butterflies and roses. There are some things that we love to hate. Let’s discuss the negatives of trail running!

I can’t remember a weekend (apart from the recent short spell of resting a dodgy calf) where I haven’t gone to bed experiencing burning down my thighs and shins from stinging nettles. When I was new to trail running, I would gingerly try and work my way through them without getting stung. When I realised that trying to move them with my hands just gave me stingy fingers, and that trying to be careful meant I got stung anyway, I figured there was little point in trying to avoid the obvious stings. 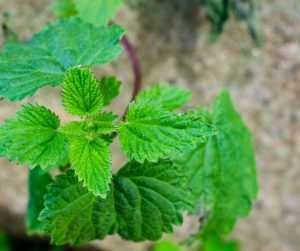 So now, I run right through them. After the recent Trail Events Black Mountains event that we attended, the pain, or rather burning, started in the car on the way home and continued until exhausted, I fell asleep. I saw a Facebook group post the other day where someone was asking what to do to 1. Prevent them and 2. Ease them. You could tell the hardened trail runners that were amused by this question – they were the ones that responded with “deal with it” or as equally helpful “get used to it”. If you don’t have that stinging nettle burn after a run, did you even go running? While I tend to ignore them rather than moaning about them these days, this is probably second on my list of negatives of trail running.

I hate brambles more than stingers making this top of my ‘negatives of trail running’ list. Especially the ones that are low lying on the ground that manage to wrap themselves around your ankle and trip you up! I had a spectacular night time fall thanks to getting caught in one. Brambles are evil – stinging nettle pain is gone by the next day – I still have bramble cuts and scratches for at least a week after. And the ones you get caught in – they are particularly evil, you run through them without scratching your face only to be pulled back by the one that has wrapped itself around your running top. I have lost count of the number of holes I have made in shorts, leggings and tops.

I tell no lies that before I found trail running I actually had to remove a rock from my 12 year old daughters leg. At the sight of the tick being removed with its head still wriggling, she promptly projective vomited across the room. This was my first experience of these horrible creatures but by far my last. I don’t tend to suffer with many of the grotesque parasites but I’m regularly pulling them out of the dog who does love to run through anything other than the path! If you’re a trail runner, we recommend investing in a tick tool and learning how to remove them.

It doesn’t really matter what type you buy. It’s personal preference. I tend to favour the metal ones, a bit like tweezers but there are plastic versions and card style tick tools too.

I was overtaken by an ultrarunner recently during a race. She looked like she meant business and I gave her the nod of appreciation as she ran past me on a gravel path. This admiration soon turned to amusement as I got to a muddy ditch only to find her trying desperately to go around the mud without getting muddy feet. Me? I just stomped straight through it and went on past her (no I was not smug). This was not always the case. in fact, I’d admit to being a proper wetty when it came to mud in the early days. Now, it’s not a real Sunday if I don’t have to spend 10-15 minutes scrubbing my feet in the shower and finding somewhere to dry my muddy trail shoes. While we are on the subject of drying trail shoes, did you know, you can actually buy a shoe dryer! We weren’t aware of this until someone commented on a blog we’d written about cleaning muddy trail shoes!

Are you even a trail runner if you haven’t fallen over? Only this weekend at a wet and misty trail half in the Black Mountains, I ended up on my arse on a mudslide down to the finish. Top tip – don’t try and grab stingers to break your fall. It hurts and it doesn’t help. This also goes for brambles.

You can try grabbing on to overhanging branches but that rarely helps either. Luckily on this occasion, it was only my ego that got slightly dented – actually, I don’t even think I cared enough at that point. I have fallen over plenty of times now. My first fall was over a dried cowpat. A particularly proud achievement with a scar on my knee to remind me for all time. In my defence, I was distracted by my running comrade who exclaimed “look at that great view of Glastonbury Tor”. Anyway, the next moment I was faceplanting – thankfully away from the cow pat!

The Time it Takes

I am not sure whether this is a bad thing or that it can be included on a list of negatives of trail running. I guess what I mean is how much of your time it requires. Sometimes, when I am training for a big race, I feel guilty for the amount of time I am out of the house. What takes 2 hours on the road, and means I can run from my door, often takes 3 hours off road and involves travelling to a trail. A 30 mile training run off road in the worst conditions can take around 6 hours. It’s one of the reasons we like back to back runs – you can shorten the time out but then you are out for two days. Of course, it is more than made up for by the views and the enjoyment of running the trails. That said, often, a few hours on the trails is enough to recharge the batteries and set you up for the week ahead.

Now, you probably have your won peeves, or have discovered some negatives of trail running. We aren’t having a huge moan. It’s rather tongue in cheek but we’d love to hear what tops your list!