When You’ve Really Got to Go!

Home/Help & Advice for Runners/When You’ve Really Got to Go!
Previous Next

When You’ve Really Got to Go!

I recently got asked what was the furthest I had run. When I replied, the next question was “what, in one go?”. I did laugh because to us, and most of you reading this, it doesn’t seem so bizarre even if seems a bit bonkers to others. Anyway, the next question was ‘what if you need a wee?’ My response was – I just go, after all, there aren’t any signs with toilet on in the woods! Perhaps the next information about it not being just wees, was a little bit too much to share with the poor unsuspecting audience. Anyway, in case you were wondering, the topic of this blog is toilet issues when running!

Running with Crohn’s, Colitis, and IBS

It got me to thinking about my dear friend who suffers with Crohn’ disease and doesn’t have a choice when she needs to go. She actually suggested recently, during a run, that I write this blog to help all those of you out there that suffer with Crohn’s disease, colitis, IBS or just the embarrassment of not being able to hold it in when you run. Toilet issues when running are actually more common than you might think. It’s not just you!

It’s No Joke When You Need to Go

While the talk of numbers 2, can cause a few laughs as we chuckle at the tales of having to run off into a bush to relieve ourselves with a wet wipes or kitchen roll, for some the struggle is real to the point where it can put people off running. The trouble is running actually gets the system working and adrenaline can make you need to go when you didn’t before. They don’t call it ‘runner’s trots’ for nothing

Anyway, my very good friend, who I have so much respect and admiration for in her determination and pure guts, offered up her top tips for how she copes with Crohn’s while continuing to run. I am going to point out that she is a warrior and won’t let anything put her off but I am hoping that her struggles help at least one other person to be able to run as she does.

If you are running on the road, always take 20p for the public toilets. If you are likely to need to go more than once, a few 20ps tucked into the pocket of your belt or vest is very handy. 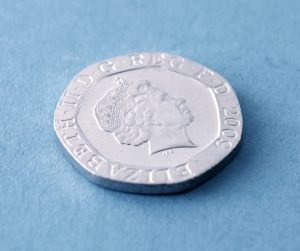 Always have a pocket size packet of tissues in your belt. She does make me laugh as she buys those Peppa Pig ones from Boots – she gives them to me when she does little care packages for my big races. To be honest, I take kitchen roll and dog poo bags – nappy sacks also work so you can take your kitchen roll to the nearest bin.

I think absolutely nothing of it when she nips off into a bush nowadays to relieve herself. Often, there is no warning. She diverts to the nearest bush and I just watch guard for her. You have to have a wing man right? Knowing the problem means there are never any worries about stopping, never any questions and she can feel completely comfortable running with me.

Go Before You Run

She has to get up at least an hour or two before she runs to ensure that she can clear her system before running. She will even run on the treadmill for half a mile to get things moving before heading out of the door. Now that may seem like a lot of preparation to some of you that think why bother, but while her Crohn’s is playing up, it really does work. We managed 10 miles the other day without a single toilet stop – except mine! I know – and I never need to go during a run.

Drinking before, during and after your run is important. If you do suffer from a problem such as Chron’s or IBS, you need to replace the fluid that you are losing.

Be Careful With What You Eat

Now, this doesn’t just apply to those with a specific medical condition. I am lucky to have a strong constitution but if I eat raw onion the night before a long run I know I am going to be in trouble. In fact, I once ate it before an ultra and had to stop numerous times. Keeping a note of the things that upset you will help enormously when you are preparing for long runs and races.

This goes for the food you eat while running too. Be aware of what you can run with and what you can’t. Too many of the wrong gels for example can set you off or eating a certain type of sweet. Coffee is a favourite for most people before they head out for a run, me included, but it is a laxative.

Go Easy on Yourself

Living with these conditions and dealing with toilet issues when running is hard. I can’t profess to having suffered much (apart from the odd incident) but I watch her go through it week in, week out. Much as she wants to run, there are days when she just can’t. Now she has learnt to enjoy running when she can, to deal with the nerves and anxieties that the Crohn’s brings and to just appreciate the times when she can enjoy a run. That said, I haven’t seen it beat her yet!

You can also find more tips from runners with Chron’s and Colitis here.

Disclaimer – the information in this article does not constitute any kind of medical advice. If you are suffering with any of the conditions mentioned above, always check with your doctor about the exercise that you can safely undertake. The above is just based on our own experiences and opinions.